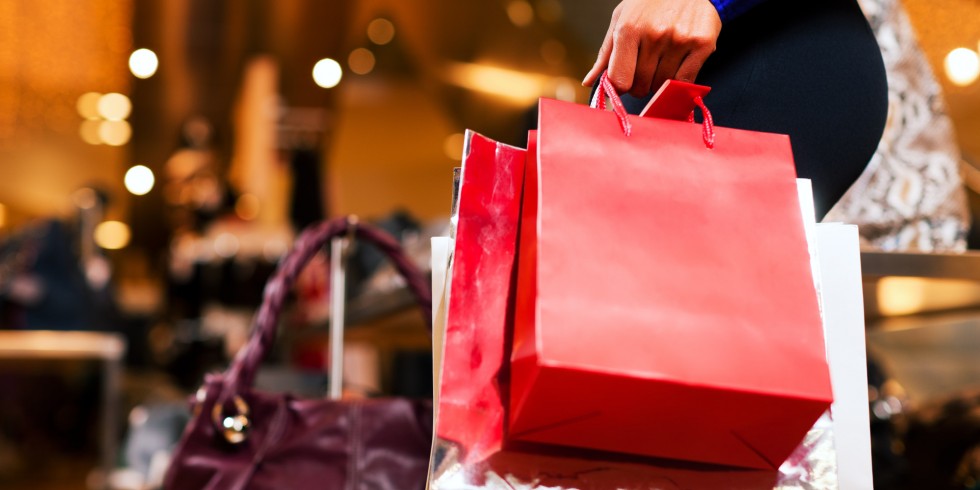 When you go to your favorite grocery store, do you choose a cart instead of a basket? Hum along to the tune that’s playing? Or accept a sample of the new gouda cheese or pine nut hummus on offer?

If you answered yes to any of the above, you were likely seduced into spending more than you intended. And insidious ploys to get you to open your wallet are also going on at malls, in dressing rooms and on shopping websites across India.

In fact, one man has devoted his career to studying them: Martin Lindstrom—author of Brandwashed: Tricks Companies Use to Manipulate Our Minds and Persuade Us to Buy—is a marketing guru turned consumer advocate, and the foremost expert on the new, nefarious field of neuromarketing.

Think: Consumers hooked up to fMRIs, which detect activity in the brain, reveal not only why we say we buy, but the areas of our brain that light up when we do. In other words, the hidden motivators brands prey on to get us to spend. In the book, Lindstrom explores the results of many studies—including the largest neuromarketing study ever conducted, which he organized.

Nine common retailer tricks—and how not to get trapped.

THE TRICK: Just as goldfish expand to fill the container they’re in, it turns out the amount of groceries we buy is directly related to the dimensions of our cart—with a bigger one enticing us to spend up to 37% more. Watch out for that mini-cart your mini-me is pushing, too: “You might think, ‘Wow, this store is really kid-friendly,’” says Lindstrom. “Well, retailers are turning up kid-friendly elements because, on average, a consumer will spend 30% more when they have kids with them.” Retailers even place desirable products at children’s eye level, so they’ll beg you. “And it works,” he says.

THE SOLUTION: Opt for a basket or smaller cart (or be OK with leaving a mammoth one half-full), and, if possible, shop alone. Even having a spouse along can hurt you: Seven out of ten people spend more time shopping when with a partner.

THE TRICK: It turns out Christmas music is a perennial hit for marketers. “It’s an old trick—it makes us feel nostalgic, like we’re children again,” says Lindstrom, who calls the phenomenon “rosy remembering.” In other words, it takes us back to life in simpler times. As a result, we tend to spend 17% more than when generic music is playing. But sound, in general, is a powerful motivator. Increasingly, stores are creating what Lindstrom calls “soundscapes”: The butcher department might play the sound of sizzling steak, or in the soft drink aisle, you’ll hear soda fizzing on ice. “It’s a way to activate an emotion we’re not aware of,” he says, “which stimulates us to buy.”

THE SOLUTION: Bring your own soundtrack: “Wear your iPod and listen to upbeat music,” says Lindstrom. “It may sound crazy, but it not only will make you shop faster, it will also save you money.”

THE TRICK: Stop for a sec and imagine the cashier carefully counting out single bills as she gives you change. Did you know there’s a strategic reason stores do so? It’s called the Denomination Effect—or the fact that we’re much more likely to spend Rs.100 if it’s broken down into smaller bills than if we’re carrying around a C-note. In fact, a 2009 study showed that breaking a Rs. 100 bill to make a purchase is 48% harder than spending exactly the same amount using smaller notes. That’s why we don’t mind spending spare change on gum or magazines at the cash register, but won’t necessarily break a Rs.20 to do so: We tell ourselves that we’re spending less when only forking over singles.

THE SOLUTION: “Test yourself,” advises Lindstrom. “Try carrying a Rs.100 bill and see how long it takes you to break it. And resist checkout temptation, which adds up.”

THE TRICK: Maybe you’ve fallen prey to this at some point: “But these pants are a size 4, and they fit me!” Cue your triumphant march to the register. Vani-sizing—when stores make clothes bigger so we think we can fit into a smaller size—is “in nearly every store out there,” says Lindstrom, and works on both men and women. Take, for example, the fact that in three different stores, a pair of men’s pants with a 36-inch waist was found to actually measure anywhere from 37 (at H&M) to 39 (at the Gap) to 41 (at Old Navy.) Why it works: Our purchase decisions are one part logic and at least one part emotion. Advertisers play on feelings like size envy to motivate us to buy.

THE SOLUTION: Remember, nobody’s ever going to see that tag. You’ll save more if you size up only how well a given piece fits—and disregard its number.

THE TRICK: It turns out your dressing room mirror may not always reflect reality. “Playing with light is a huge one,” says Lindstrom. Many stores—as anyone who’s ever spent any time in a Victoria’s Secret knows—will add a slight tint of rosy color to their fitting room mirrors to make us look fresher and more tanned. In fact, a recent experiment showed we actually spend 19% more if we think we look better in the looking glass. We may even unwittingly be getting an in-store makeover: Mirrors at the front are typically untampered with, with flattering lighting happening only when you’re ready to try on the wares.

THE SOLUTION: Make sure to study potential purchases on the store floor, not just in an idealized environment created to sway you.

THE TRICK: “Most stores study the way we walk around and grab products, then design themselves around the concept,” says Lindstrom. Now retailers are even installing what the industry calls “speed bumps” into the floor. ”Subconsciously, when we feel those little bumps, we will slow down and look around rather than navigate our shopping cart,” he says. On average, the bumps create a 15-second delay, which, in a supermarket study, led to as much as 17% in additional spending as shoppers contemplated additional purchases.

THE SOLUTION: Beating this comes down to being alert: You know each time you hit a speed bump on the road. Now that you’re aware they can exist indoors too, remember why they’re there—and that it has little to do with a speed limit.

THE TRICK: You’re cruising along with your cart, intent on getting laundry detergent and toilet paper—when suddenly you hear, “Can I offer you a sample?” Out of nowhere an employee extends a toothpick-speared bite of the latest pizza bagel. “Reject it,” says Lindstrom. “Whenever you grab a sample, you tell your body it’s dinner time, and your brain will tune into the topic of food.” In fact, 40% of people who accept an in-store sample will begin buying food, he says, even though they never planned to do so in the first place.

THE SOLUTION: Just say no, of course. But the easiest way to resist this form of temptation is to avoid shopping on an empty stomach.

THE TRICK: “You’re in D-Mart, when all of a sudden a display of canned corn the size of a small house blocks your path,” says Lindstrom, “and you can’t help but notice, ‘Hey, this is only Rs.50’” Guess what? That canned pyramid wasn’t built for aesthetic reasons. Whether it’s an in-store obstruction trumpeting a deal, or merely your cell phone ringing, the latest science proves that whenever we’re interrupted, we lose our focus and become more likely to spend. Specifically, when we abandon our shopping list to consider a deal a store presents us with, or revisit an item we were looking at before the phone rang, we’re 35% more likely to close the deal—and willing to spend up to 15% more for the very same product.

THE SOLUTION: “Turn your cell phone off,” says Lindstrom, “and leave your shopping list at home.” While that latter point might seem counterintuitive, stores, he says, have gotten wise to our to-do lists—arranging products that would make more sense next to each other far apart for the express purpose of exposing us to more costly interruptors.

THE TRICK: “Would you like to receive 15% of your purchase today?” the saleswoman trills, offering an application for the store’s credit card. We’ve told you many times that opening an in-store card was a bad idea, but “millions of women still fall for it,” says Lindstrom. Here’s why what seems like a good offer actually works against you: again, the unexpected interruption. You were ready to pay, had your card out, and her offer catches you off guard. “That’s when they go in for the kill,” says Lindstrom. “You think: ‘Well, why not? What’s the harm?’ The harm is major.” First, that salesperson isn’t just being nice—she gets a bonus if you sign up. Research also shows that with that card in hand, you spend an average of 30% more. Plus, the store will now know all of your buying habits. “It’s a practice so deceptive,” says Lindstrom, “some members of Congress think this should be regulated.”

THE SOLUTION: We do believe in discounts—but not ones that will bite you back. If shopping online, look for coupon codes or open a separate email address just for deals, and invite stores you like to send you special offers there.